Just a quick post today to detail last night’s One Night Stand that happened over at Pigmar Wargaming Club.

Every year, we try to hold at least one small event for each of our most popular game systems, which usually take the form of a short tournament lasting just one evening. For this one, we went with a 100pt, 2SWC mini tournament. We were using the ITS missions, although we had to adapt them slightly, and the event would not be submitted to the ITS system.

Since I was running the event, I decided on three fairly simple missions – Supremacy, Seize the Antennae and Annihilation to round it off. Players were given 60 minutes to get their games in, and to avoid any slow play (and ramp up the pressure a bit), I said that players who did not complete their games fully (barring a retreat situation ending the game early) would BOTH get zero points. It sounds overly harsh, but having had games run over in the past, I figured this was the fairest way to prevent slow play!

Due to the small size of the forces, we had to adjust the missions slightly to allow for players who couldn’t squeeze in many specialists – for the primary objectives, non-specialist troops could attempt to WIP roll the objectives, although they would suffer a -3 penalty for doing so.

We had 6 players on the night – it had originally been 8 players but two had to drop out, sadly. In the end, we had:

So, for round one (Supremacy), I’d made a random draw, then for rounds two and three I set the players off against each other using the Swiss-system, as is usual for Infinity tournaments.

The final results are below, and at the bottom of the page is a gallery of photos I took on the night, which you can click to enlarge.

In the end, the final standings saw Craig finish in 1st, followed by Darren in 2nd, Adam in 3rd, with Mike, Jez and Will composing 4th, 5th and 6th. 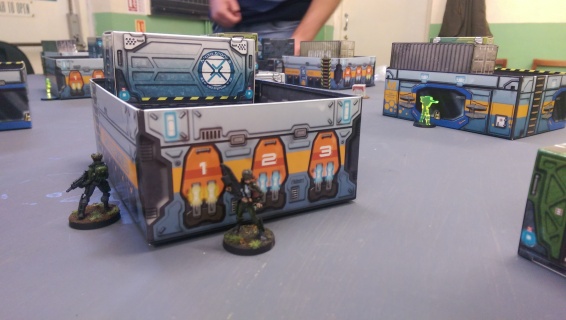 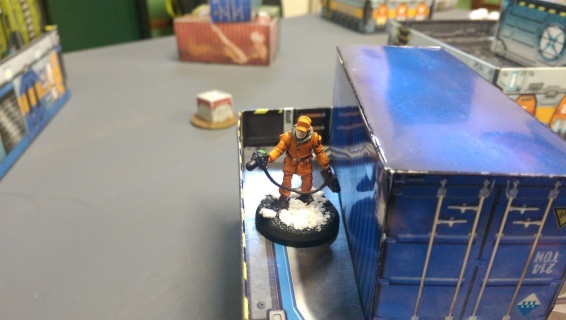 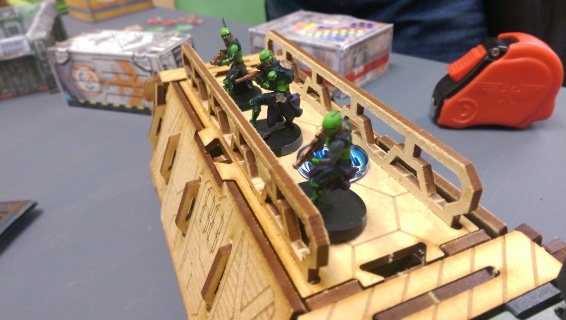 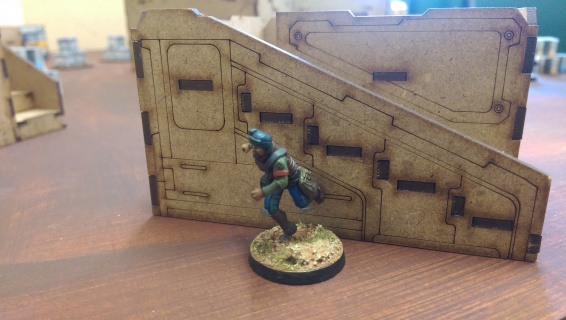 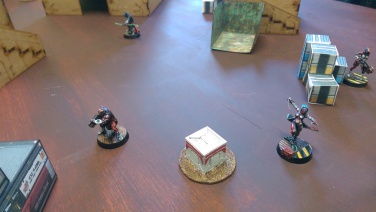 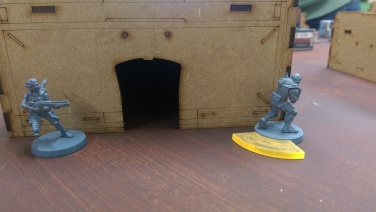 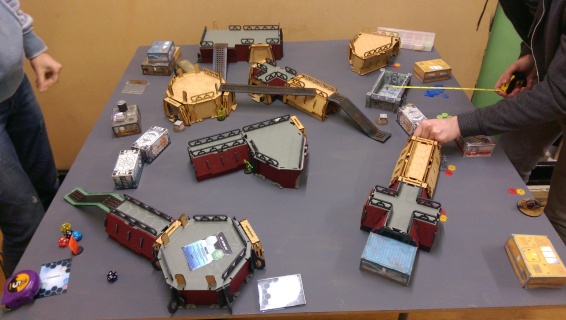 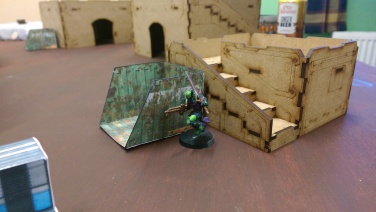 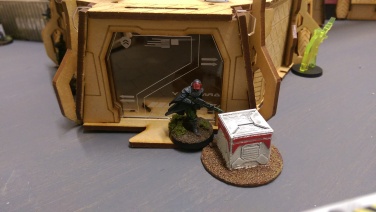 The players during their second game 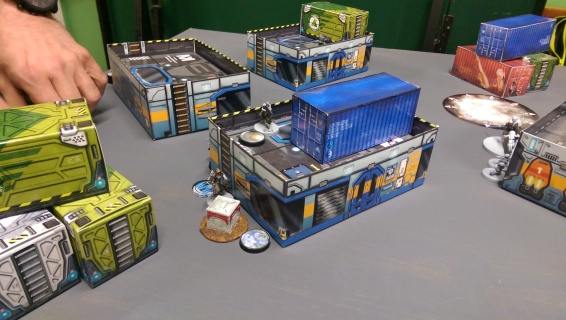 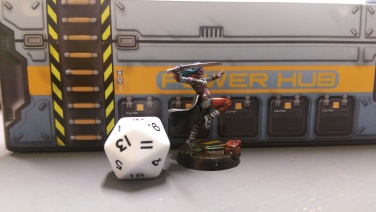 One of Darren’s superbly painted Morlocks 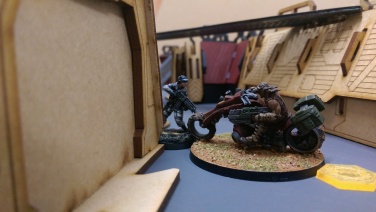 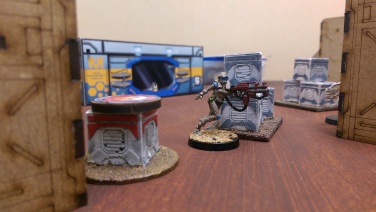 Craig’s Naffatun advances past an objective 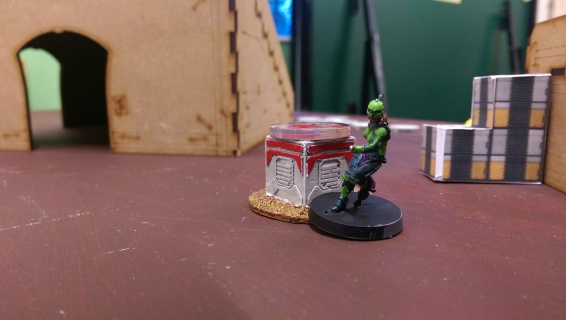 One of Will’s Order Sergeants captures an objective

Two of Darren’s Morlocks prepare to enter the tunnels 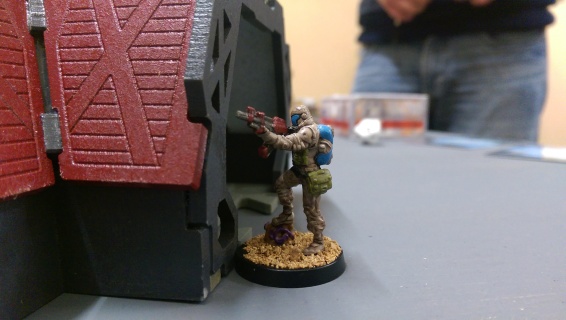 Craig’s Muyib, who was standing in for a Ghulam with Light Grenade Launcehr

Adam’s Kum Rider speeds forward under the cover of smoke 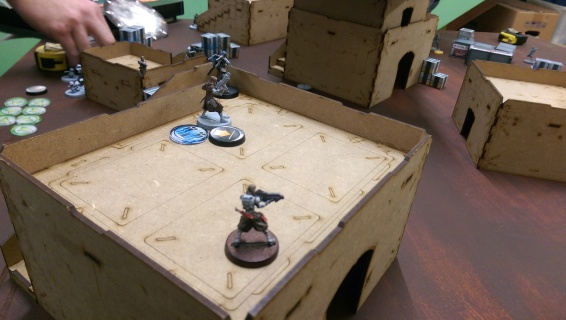 Jez’s Chausseurs on the lookout 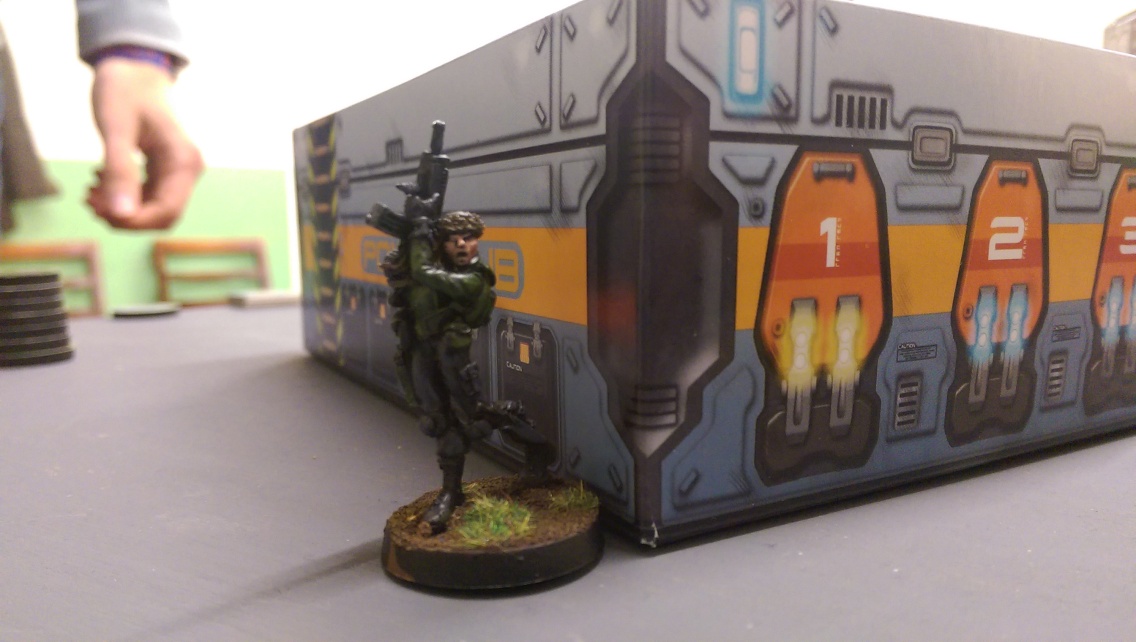 Miniature wargames hobby blogger and one half of the Average Gamers Podcast tabletop and board games podcast! View all posts by Lee